Combining modern London with modern Bangkok, Rosa’s Thai grew from a humble beginning of a street stall on Brick Lane’s Sunday market in the East End of London, which quickly became the locals’ favourite. In 2008, just two years after arriving in London, Saiphin and her husband Alex found a site for their permanent restaurant.

They took over the lease of a traditional British cafe on Hanbury Street and decided to keep the name Rosa’s on the door out of respect for the history of the area. 12 years later, in Feb 2020, Rosa's Thai opened its doors for the first time in the city of Manchester.

Living in the UK can be quite tricky when it comes to finding authentic Thai ingredients. Of course, that didn’t phase Saiphin who went wild mushroom-picking and acquainted herself with the Jersey Royal potato (now a vital ingredient in the beef massaman curry at Rosa’s).

Saiphin challenged herself to cook authentic Thai dishes with seasonal British ingredients and it reminded her of being back on the farm in Khao Kho, where the family would use whatever produce was in season at any given time. 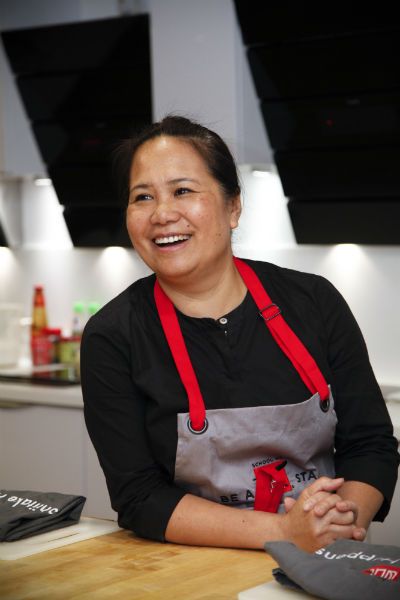